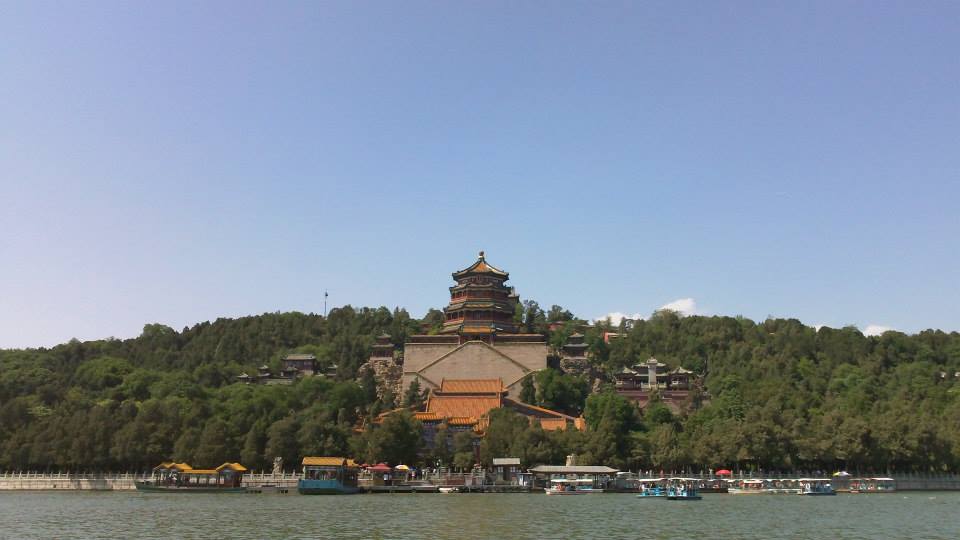 In 2014, I was blessed with the opportunity to visit Beijing on a study abroad program at china’s top university, Peking University. Peking university is commonly referred to by American’s as the Harvard of China. Twenty five students are chosen from each Chinese district every year to attend this premier school. It remains the only liberally motivated school where free speech is allowed and encouraged in China. Embedded in the the hundreds of thousands of concrete buildings that make up the the whole of Beijing’s inner city, under the dense smog of out of control pollution, sits Peking university, where myself and other fortunate students were taught Chinese legal educations by the country’s most elite and forward thinkers of China.

The ideals of China have since changed and grown more open to more democratized realities, but on June 4th, 2014 the only persons occupying the Tiananmen square (a top tourist attraction with thousands of attendees every day) was twenty five law students from america, and a number of armed chinese guards. We watched the Chinese flag rise as it is every morning in the middle of the square outside the building where Chairman mao’s body lay, preserved in a glass box for viewing. Usually thousands of people would watch the flag rise in the morning, but the sour and chilling taste of the Tiananmen Square incident prevented chinese citizens from attending the twenty fifth anniversary of the the bloody event.

Beijing is a truly wondrous city full of tradition and rich history. One might walk down the concrete strips of road to visit an ancient relic of traditional chinese history, only to walk a few yards to find a well lit street of modern chaos. The city in all its supreme gradiouse, hides large pockets of hip dive bars, and night clubs lit up by neon lights of luminous video billboards and neon signs. Young couples dress up for date night at Pizza hut where, wine and beer is served, and scattered homeless citizens wrapped tight in rags, beneath the dawn sky, hesitantly ask for money.

Truly remarkable is the meshing of perspectives ancient parks and cultures intertwined with the westernized retail stores. You may find yourself eating at premier restaurants atop large skyscrapers talking business and formalities, while looking down upon the dusty cement where a woman potty trains her child below the tree-cornered on the sidewalk of a busy street.

One afternoon a few of us students had rented bikes for the following day. We had bought our face masks to protect our lungs from the pollution, and made our way bicycling down the populated streets of Beijing. Our travels brought quickly midnight, and one of our favorite bars was serving beer towers for five American dollars. By day the streets felt grey and prosthetic, yet by night the same street felt alive with electricity and lively populations of koreans, chinese, and middle eastern souls.

The mass number of people we met from vast backgrounds would astonish and delight anyone. For a country so rich in change, the citizens and visitors mixed like a fine progressive salad with no need for spice or dress.

Many signs on our ride that night lit up the path to guide our wheels to our destination. A small crack in the concrete buildings revealed a dark staircase, that led up to a dimming room full of florescent lights flashing across the empty tile walls. A dark steel door slid open and the bar light flooded our eyes. Rough english and beers were traded freely among the many wondrous travelers and bright chinese millennials.

Beer after beer, and drink after drink we invited a group of locals to sit with us and taught them some American drinking games (circle of life/death). Laughs, cigarettes, and conversation were shared and the live improvisation music filled the air. I soon found myself holding a guitar on stage after my liquid courage allowed. I began playing “Hey Jude,” and every person, no matter what language they spoke, in the the second story bar began singing along. The Beatles classic could be heard outside on the sidewalk where a small bedroom/convenience store sold ice cream to passerbys. “Na na na na na na na…” 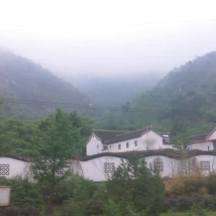 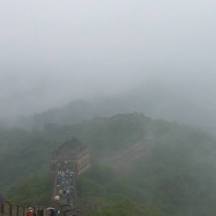 We spent a long time in bed the next morning, but not too long, as breakfast was always a delight. Eating with chopsticks comes quickly and learning to drink warm liquid or remembering to ask for cold water becomes a happy memory for me now. Duck, squid, egg rolls, small cakes, fast food dumplings, and so much rice… so much rice. The chinese food makes the mouth salivate and the mind desire excess.

After filling our belly’s some of us traveled by train to Mongolia, yet myself and another lad traveled to the Great Wall for the “Great Wall Festival,” where we and thousands of other travelers gathered to attend a David Guetta and Afrojack concert. After shotgunning beers with some brazilian women on the Great Wall itself, we made our way toward the stage, where the grand structure of the wall served as the backdrop for the festivals artists and DJ’s. 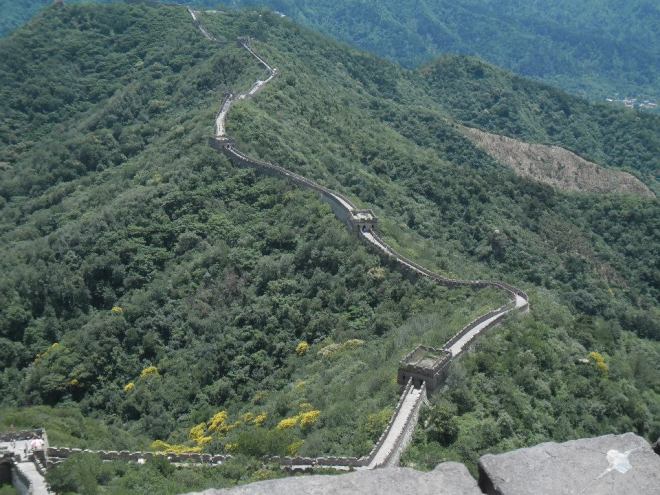 Among the crowd of people there was no space to be had for one’s self. The amount of mobility was equal to that of local Beijing subways, where personal space was a distant concept. Above the crowd several small drones hummed and recorded the experience. Until the wee hours of the morning we attempted to (as Mr. Guetta put it) “tear the motherf%&$ing wall down!” Fireworks commonly ended events in China. The explosions in the sky were coupled with a lazer light show projected on the wall stretching across a nearby mountain. 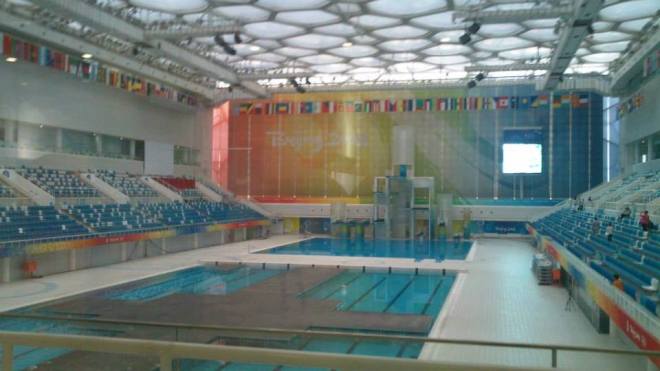 Every night in china is a gem of wonderful people and genuine souls seeking a lively time. Every day was a reminder of the strength of the chinese people, culture, history, and future. Beijing in all its majesty, from the reminiscence of the 2008 Olympic park (where Michael Phelps earned eight gold medals), to the Forbidden City, to the Great Wall serves as a great tourist destination and a blessing of fond memories in my life.

About the Author: Knial Piper II is a twenty seven year old United States veteran Infantry Officer with a Juris Doctorate. He was born and raised in Springfield, Missouri., with an eye for travel and a heart for experience. Currently Knial resides in Vero Beach, Florida and has published his first novel Freedom Blues and American Soul, to be released worldwide July 1st, 2017.

Disclaimer:  *Contents in this story is Authors personal views and presentation.

Please click on the ads which appear on the website and help us earn some money to travel. This blog is still very young and growing. If you like the story, do not shy away from reciprocating your love in form of likes comments and sharing on social media

Shop on Amazon to Support Us